Sou Fujimoto: Between Nature and Architecture 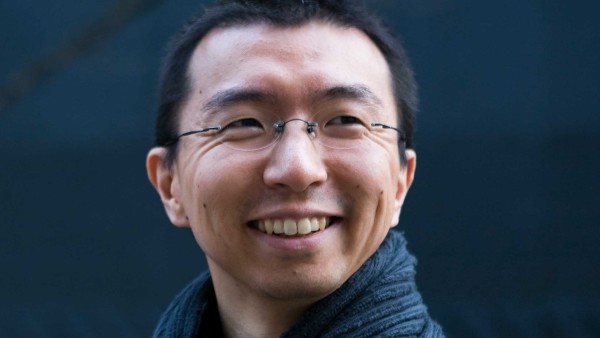 This keynote lecture by the acclaimed Japanese architect Sou Fujimoto, who supervised the exhibition design of When Practice Becomes Form: Carpentry Tools from Japan, discusses his work and connections between contemporary architectural practice and traditional craftsmanship.

Born in Hokkaido in 1971, Sou Fujimoto graduated from the Department of Architecture, Faculty of Engineering at Tokyo University and established Sou Fujimoto Architects in 2000. He has won several international competitions, including his recent 1st prize for the 2014 International Competition for the Second Folly of Montpellier, France ("L'Arbre Blanc"). In 2019, he was selected as the master architect for the Tsuda University Kodaira Campus Master Plan development. Among his notable projects are the annual summer pavilion for the Serpentine Gallery in London (2013)—the youngest architect to receive the commission; House NA in Tokyo (2012); Musashino Art University Museum & Library (2010); and House N (2008). In 2012, he was part of the Japanese team that won a Golden Lion award for Best National Participation at the Venice Architecture Biennale for their design of alternative housing concepts for homes destroyed by the 2011 tsunami. Most recently, he was selected as site producer for the 2025 World Exposition in Osaka, Japan.

Exhibitions and Arts & Culture Lecture Programs at Japan Society are made possible, in part, by the Lila Wallace-Reader’s Digest Endowment Fund, the Mary Griggs Burke Endowment Fund established by the Mary Livingston Griggs and Mary Griggs Burke Foundation, Masako H. Shinn, Raphael and Jane Bernstein, Friends of the Gallery, and an anonymous donor. Support for Arts & Culture Lecture Programs is provided, in part, by the Sandy Heck Lecture Fund. Transportation assistance is provided by Japan Airlines, the exclusive Japanese airline sponsor of Gallery.