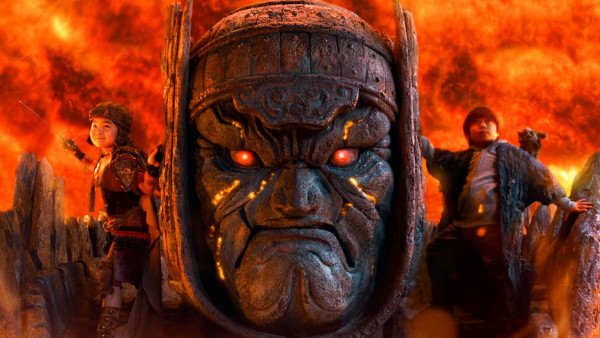 U.S. Premiere. In cult director Takashi Miike’s long-awaited return to the phantasmagorical realm of yokai, a vengeful mass of sea spirits arise in the Nagano region of Japan and transform into Yokaiju, a destructive force of nature that leaves nothing but calamity and devastation in its wake. Hoping to prevent the unstoppable Yokaiju from reaching Tokyo (and thus breaking a spiritual barrier that staves off the revival of a nameless evil), the yokai summon the long-forgotten descendent of legendary samurai and yokai hunter Watanabe no Tsuna—fifth-grader Kei Watanabe (Kokoro Terada). Struggling to come to terms with his extraordinary lineage, Kei reluctantly takes on his ancestor’s mantle in an effort to save both yokai and humankind. A gonzo, off-the-wall meld of grand adventure, slapstick humor and fantastical spectacle, Miike’s latest effort reintroduces the mythical world of Japanese folklore (including the return of fan-favorite Daimajin) to a whole new generation of viewers.