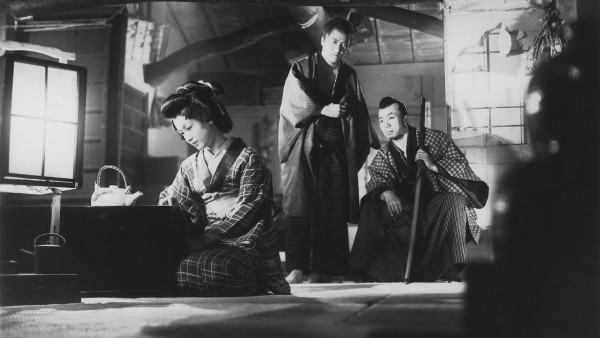 Part of the Flash Forward series

New 4K Restoration—North American Premiere!. Based on the classic kabuki play Kochiyama & Naozamurai, Yamanaka’s Priest of Darkness is an intricately-plotted jidaigeki set in the streets of an impoverished Tokyo district. Troublemaker Hiro frequently gambles and finds himself embroiled in a prickly ordeal when he steals a samurai’s knife—setting in motion a domino-effect of bad fortune. The quick-witted Hiro hides out under the name of Nao at the tavern of good-willed Kochiyama Soshun, the titular “priest”—a man who dresses in monastic garb and runs the local gambling den. All the while, Hiro’s sister, the beautiful Onami (played by a young Setsuko Hara in one of her earliest roles), desperately searches for him and finds favor with Kochiyama, who promises to find her brother for her.

Flash Forward: Debut Works and Recent Films by Notable Japanese Directors is co-presented by the Agency for Cultural Affairs in collaboration with Visual Industry Promotion Organization.