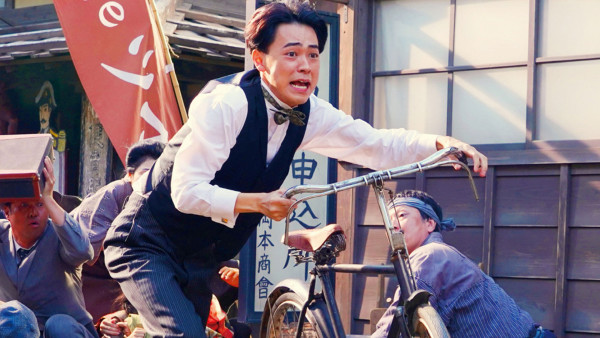 New York Premiere. The latest film by celebrated director Masayuki Suo (Shall We Dance?) is set in the last days of Japan’s silent movie era, when the real stars were not the actors on screen but live narrators known as benshi who dictated the action, voiced characters and transported audiences into the world of moving images. Hiding from the law in a small town cinema after a burglary gone wrong, lifelong cinephile Shuntaro (Ryo Narita) seeks to change his ways and fulfill his childhood dream of being a star benshi—but before long, a cocky rival performer, a gang of criminals and a relentless detective threaten to undo everything. Filled with charming period details and visual gags, Talking the Pictures is a genuine love letter to Japan’s golden age of silent cinema and a tribute to the magic of moviegoing.