Tange Sazen and the Pot Worth a Million Ryo 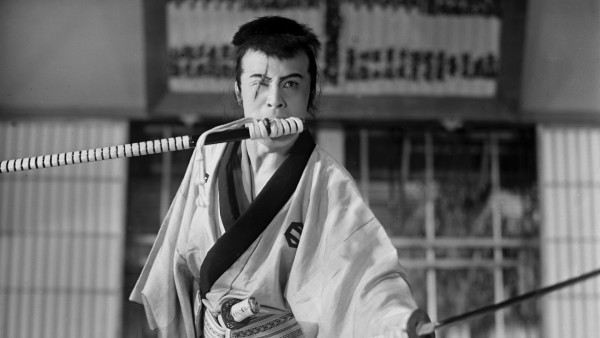 Part of the Flash Forward series

New 4K Restoration—North American Premiere!. Through a series of mishaps, an ugly pot containing a secret map to the prominent Yagyu family’s hidden million ryo fortune is gifted away, passed unwittingly from owner to owner as the lord scrambles to regain possession. As word spreads through the land, the sought-after pot unknowingly lands in the hands of a small child, Yasu, who uses it to keep his goldfish. But when Yasu’s father dies, he’s taken under the care of a local tavern guarded by the gruff, one-armed, one-eyed ronin, Tange Sazen. As luck would have it, the lord’s brother, Genzaburo, begins to frequent the very same tavern...

Flash Forward: Debut Works and Recent Films by Notable Japanese Directors is co-presented by the Agency for Cultural Affairs in collaboration with Visual Industry Promotion Organization.