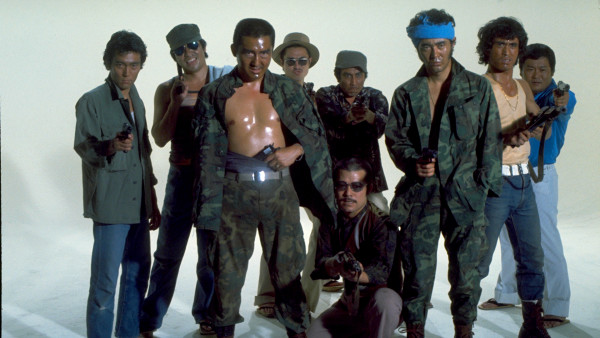 A fictionalized depiction of the fourth Okinawa War (still ongoing at the time of the film’s release), Terror of Yakuza situates the yakuza conflict in the days following Okinawa’s reversion, when encroaching mainland gangs wanted in on a piece of the action. Banned from release in Okinawa, director Sadao Nakajima’s Terror of Yakuza features a psychotically unhinged performance from the late Sonny Chiba and would trigger a string of Okinawan-shot productions in the years to come. Cultural critic Isao Nakazato would later write that, “the struggle of Okinawa is represented in the blood feud” of Nakajima’s ripped-from-the-headlines classic.