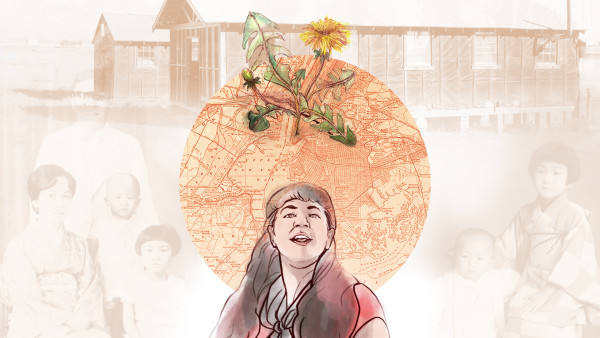 Both performances on September 11 are sold out. The Story Box will run through October 9 at various locations in NYC. Check here for a list of venues and times.

Written and performed by Suzi Takahashi and directed by Kristin Marting, The Story Box explores the importance of safeguarding our civil rights through the lens of Japanese American identity. Using kamishibai (a traditional Japanese storytelling method), coupled with Takahashi’s own family history and original music, this show takes audience members on a 230-year journey through our country's problematic treatment of Asian immigrants. In this outdoor event on 47th Street in front of Japan Society, each audience member receives a suitcase to sit on—a prop that alludes to Japanese Americans taking "only what they could carry" during their relocation during WWII. What will you find in your suitcase?

All patrons attending performances will be required to show proof of vaccination (NY Excelsior pass or vaccination card) and be masked.

Tickets: Pay What You Wish

This public event, permitted under New York City's Open Culture Program, commences a series of performances of The Story Box in outdoor spaces in each of the five boroughs of New York City.

The Story Box is co-presented and produced by HERE. In addition to this September 11 Manhattan performance, the show will be performed in each of the other Boroughs through partnerships with Asian American Arts Alliance, Bronx Academy of Art and Dance, Flushing Town Hall, New York Economic Development Corporation, Snug Harbor Cultural Center, Staten Island Arts, and Target Margin Theater. The Story Box has been developed with support from Alfred University, Bethany Arts Community, Bristol Valley Theatre and National Park of Women’s Rights, and the Venturous Theatre Fund of the Tides Foundation. Additional support provided by The Venturous Theatre Fund of the Tides Foundation; and GREEN / ARTS LIVE NYC. GREEN / ARTS LIVE NYC is made possible with support from New York Community Trust and Con Edison’s Arts Al Fresco Series, administered by City Parks Foundation in collaboration with the Horticultural Society of New York, New Yorkers for Culture & Arts, NYC Department of Transportation, OpenCultureWORKS, and Street Lab.

Major Support is generously provided by Doug and Teresa Peterson, with endowment support from the Lila Wallace-Reader's Digest Endowment Fund and the Endowment for the Performing Arts, established with a leadership gift from the Doris Duke Charitable Foundation.