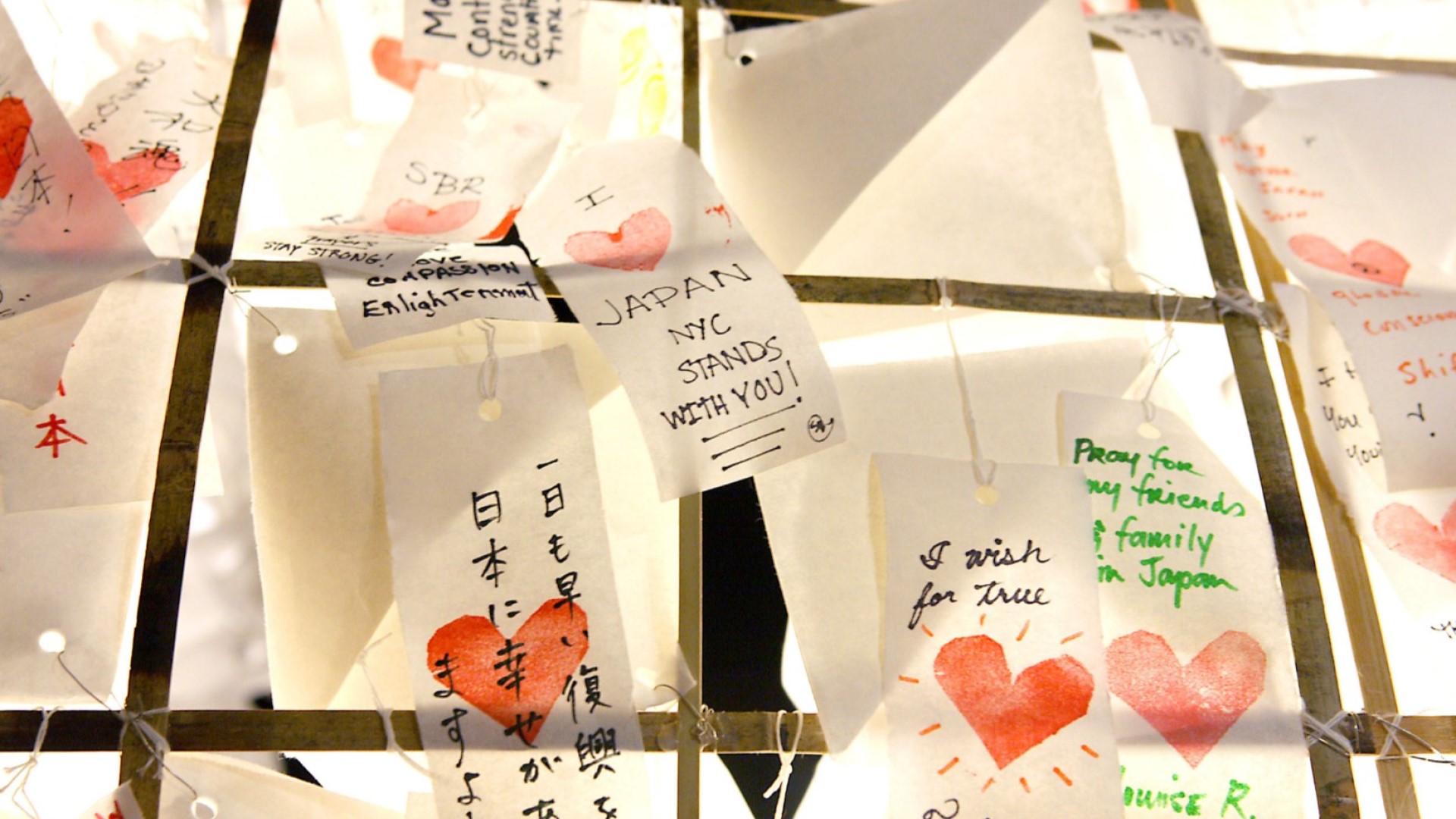 On March 11, 2011, the Great East Japan Earthquake, tsunami and nuclear disaster devastated the Tohoku region of northeastern Japan. Ten years later, we invite our community to remember those who were lost, and to look toward Tohoku’s continued recovery. We also extend our sincere appreciation to all those who donated to the Japan Earthquake Relief Fund (JERF). Launched by Japan Society the day after 3.11, JERF raised over $14 million from over 24,600 donors from all 50 U.S. states and 55 countries. JERF grants funded projects supporting Tohoku’s immediate relief and reconstruction efforts as well as mid- to long-term recovery. This special series of programs and videos reports on JERF's contributions to Tohoku’s recovery, and highlights stories of what was witnessed in the aftermath of 3.11, including Tohoku’s resiliency, the bravery and initiative of everyone who responded to unprecedented challenges, the strength of U.S.-Japan relations, and human generosity and goodwill.

Tea Time Season Three: Remembering 3.11
The third season of Japan Society's Tea Time video series marks the events of 3.11 and considers lessons learned to address the challenges of a global pandemic. In these conversations with Japan Society President and CEO Joshua W. Walker, American and Japanese guests draw on their personal experience to reflect on topics ranging from the on-the-ground emergency response by the Japan Self-Defense Forces and U.S. Operation Tomodachi, to reconstruction efforts, local community and women’s empowerment, and the support of the New York community.

The Japan Earthquake Relief Fund: March 12, 2011—Present
Tune into our interview with Ambassador Motoatsu Sakurai, President of Japan Society from 2009-2019, who took quick and decisive action the day after 3.11 to establish the Japan Earthquake Relief Fund (JERF). JERF raised over $14 million—the 7th largest amount raised in the U.S. nonprofit sector and the largest amount ever raised by a U.S. nonprofit organization not usually focused on emergency relief.

U.S.-Japan Dialogues Between Social Innovators
Three social entrepreneurs from Tohoku engage in dialogues with their counterparts in New Orleans, LA and Wilmington, OH, sharing their respective efforts, lessons learned and future plans for helping their communities recover from natural disasters and economic crisis. Entrepreneurs include many alumni from “U.S.-Japan Leaders Exchange: Three-Year Training & Networking Program for Leaders in Tohoku’s Recovery and Reconstruction," a multi-year program organized by Japan Society in 2013-16 in partnership with ETIC, a leading Japanese non-profit dedicated to nurturing social entrepreneurs.