Below are highlights from our May 9, 2022 webinar on Asia’s geopolitical landscape and U.S.-Japan relations.

Key moments and highlights from the May 9 webinar


The present conflict between Ukraine and Russia is altering the global geopolitical landscape, bringing about a major shift in relations between Russia and Western nations. In addition, as China’s influence continues to grow in Asia and around the world, U.S.-China relations are increasingly strained, with the major powers disagreeing on trade, technology, security and, more recently, the future of Taiwan. How does the current uncertainty affect U.S.-Japan relations and what are the priorities for the U.S.-Japan alliance? How will the Quad impact Asia’s geopolitics? Below are highlights from our May 9, 2022 webinar on Asia’s geopolitical landscape and U.S.-Japan relations. Click here to watch the full program on YouTube. 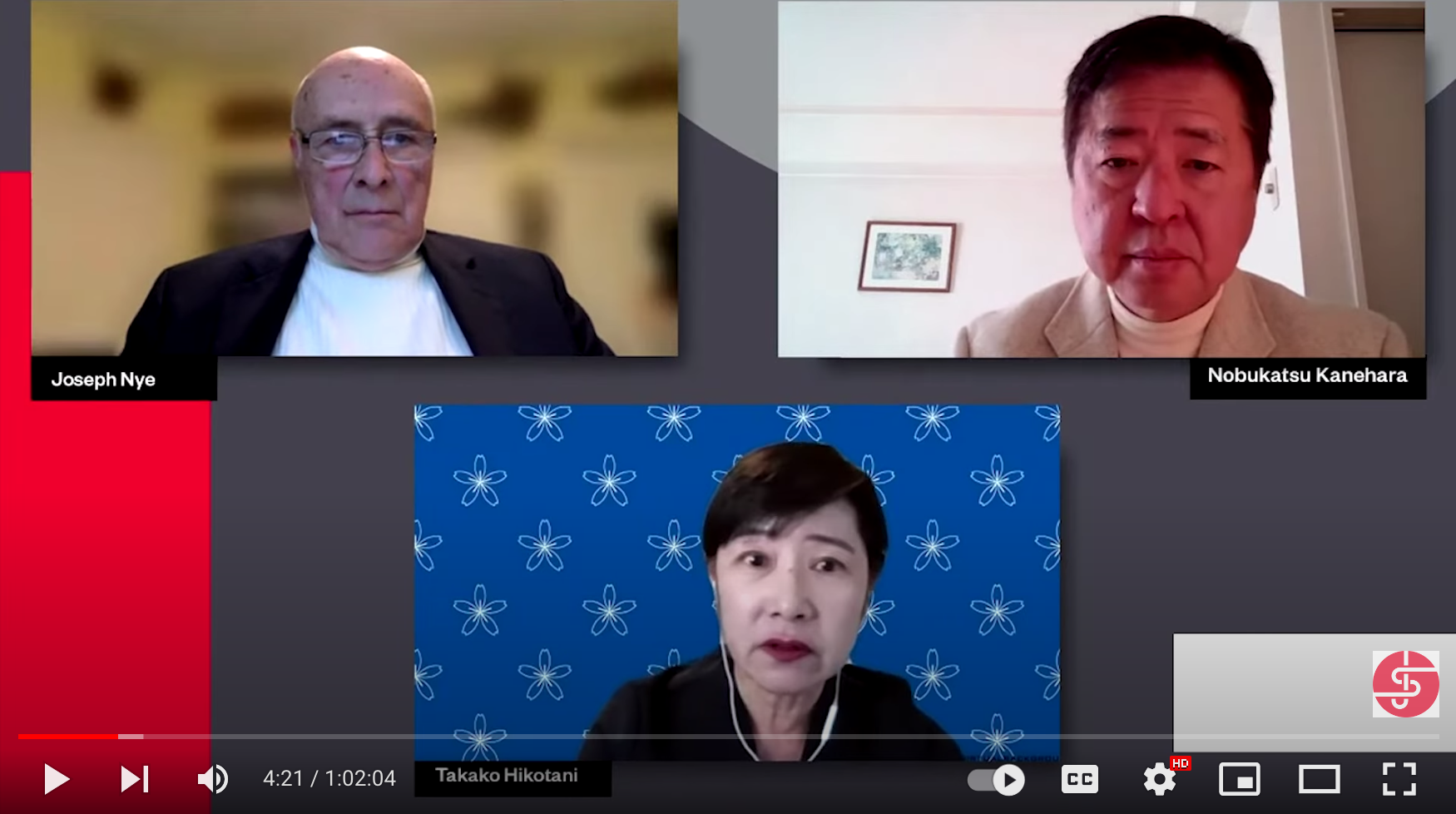 Joseph Nye, former U.S. Assistant Secretary of Defense for International Security Affairs, stated that Russia’s invasion of Ukraine was the turning point in the agenda of world politics, referring to the situation in Europe. The United States has been strongly opposed to Nord Stream 2, a gas pipeline that runs under the Baltic Sea from Russia to Germany. The U.S. has also been trying to persuade Germany to increase defense spending by 2 percent of its GDP. However, President Putin was able to change all of this overnight. Due to Russia’s actions in Ukraine, Germany halted the Nord Stream 2 project with Russia and announced that it would increase its spending on defense to more than 2 percent of GDP. Professor Nye also mentioned that Russia’s invasion of Ukraine revived the North Atlantic Treaty Organization (NATO).

In addition, Professor Nye argued that the current geopolitical situation has had a net beneficial effect on American power, and a negative effect on Russian and Chinese power. Professor Kanehara also observed that President Biden has been successful in uniting with the West. He was amazed that G5 and G7 nations, including the United States, Japan, Germany, Italy, France, Germany, and England, are now united to face the Russian invasion.

Japan’s Reaction to the Russian Invasion of Ukraine 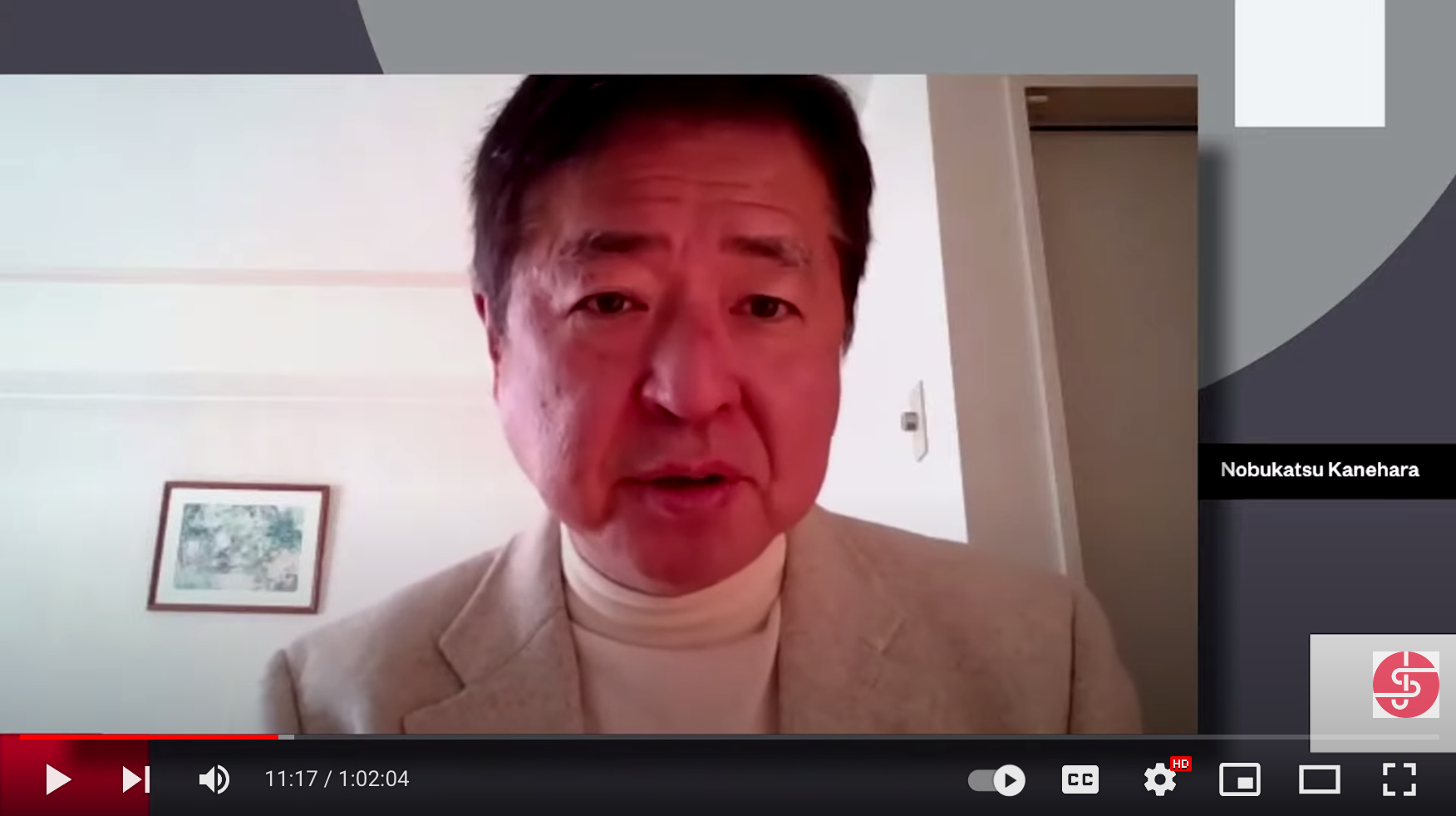 Professor Kanehara said that the Japanese never thought that there would be a World War III using nuclear weapons. This was the basic sentiment among Japanese for many years. With Russia’s invasion of Ukraine, this has suddenly changed. There is a possibility that China is accelerating its development of nuclear weapons, as the nation wishes to be an equal partner in the nuclear field with the United States. In that case, Taiwan is at the heart of the issue. The key question is how to deal with China in the event of Chinese aggression against Taiwan.

He emphasized that Japan has to be prepared for such situations. Japan is now talking about the possibility of nuclear sharing. If Japan were to have nuclear weapons, Professor Kanehara explained that it should be under the sea, as it is invisible. 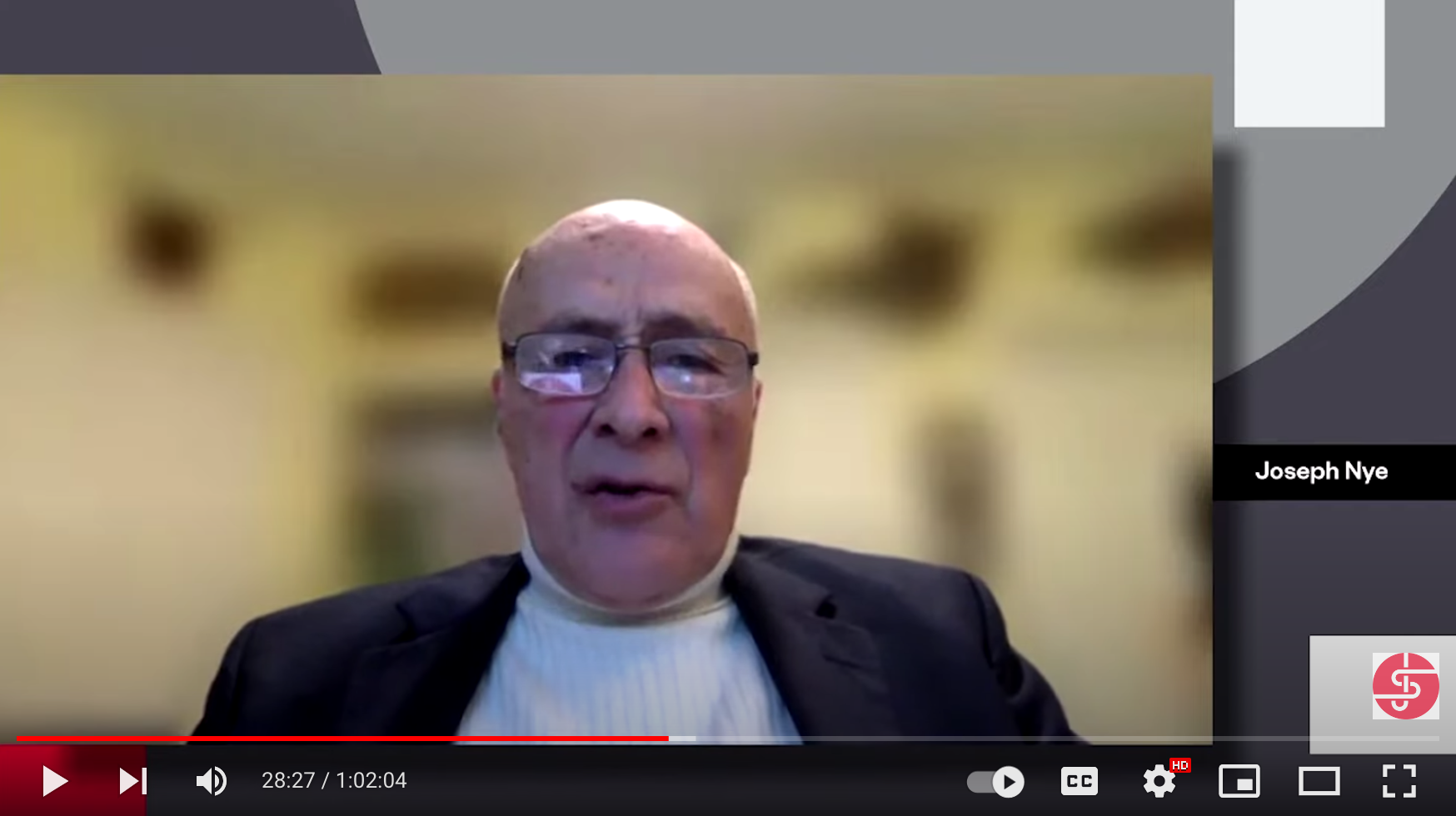 Professor Nye agreed with Professor Kanehara that then Prime Minister Abe made important changes in the interpretation of the Japanese Constitution, which increased capacity for Japan’s self-defense. However, he was less impressed by recent statements about nuclear sharing. He mentioned that the real guarantee for Japan is the presence of American troops. If China or North Korea were to attack Japanese bases where American troops are stationed, the United States would be deeply involved right away.

Moreover, he spoke briefly about President Obama making it clear that Article 5 of the U.S.-Japan Security Treaty covers the Senkaku Islands when he visited Japan toward the end of his administration. Professor Nye argued that this is the direction that we want to improve our capacity to deter both China and North Korea, which is to make it clear that you cannot attack Japan without attacking the United States. If you do so, that is the end of your regime.

Professor Nye pointed out that there has been a great deal of discussion in Washington on China trying to resolve the Taiwan issue by an attack in the next few years. He comments that most people no longer think this is plausible, as President Putin could not succeed with a land-based army along the borders with Ukraine. He believes that China has learned the lesson to not miscalculate.

In addition, Professor Nye stressed the need to persuade Taiwan to invest in items that will make them a true porcupine. Taiwan should not think about investing in prestigious items, such as high-performance aircraft and submarines that the Chinese could preempt with missiles. Instead, they should develop the capacity to defeat amphibious forces and destroy with widely dispersed missiles, which would make sure that China feels deterred. He also stated that the ultimate deterrent may be the fear that the United States may get involved. Nevertheless, the first step of deterrence is to essentially get Taiwan to make itself more of a porcupine.

In addition, Professor Nye stated that enormous progress has been made in the U.S.-Japan alliance over the last 20 years. He elaborated that the next step is a unified command structure, so that the Japanese and U.S. forces are better integrated during a crisis. Similarly, Professor Kanehara expressed the need to rehabilitate Japan’s military capabilities. Japan has been able to enjoy peace for many decades under the U.S.-Japan security umbrella, but this also means that the Japanese government does not have any capabilities to fight a war. Japan still has a long journey to truly deter China.

Both Professor Nye and Professor Kanehara agreed that the Quad plays an important role but has its limitations. India has tried to balance relations with Russia. It has been getting more American defense equipment than it had in the past, but is still heavily dependent on defense equipment from Russia. In that sense, it doesn’t want to antagonize Russia. This explains why India has not come out more frontally in its criticism of Russia and the invasion of Ukraine. Professor Nye also shared that India wishes to improve its capability to deter China. India was very scared to do much with the Quad, however, the fact that India was willing to meet formally with Japan, the United States, and Australia is a huge step forward. He expresses his optimism that it is evolving in a positive direction.

Professor Kanehara mentioned that India’s economy is rapidly growing, and it will surpass Japan’s economy by 2035. Thus, there is a need to invest in India, as India is the only possible strategic approach to counter China toward the latter half of the century. It has been successful so far, but it is relevant to note that it will take time.

Furthermore, Professor Nye mentioned that having Japan participate in AUKUS, the trilateral security pact between Australia, United Kingdom, and the United States, makes sense. He also points out that it would help a lot if Japan and Korea could overcome their disputes about the past, as the current problem is a nuclear North Korea and an expanding China.

Lastly, the speakers offered their final thoughts on Russia and China. Professor Nye said that Russia has never paid enough attention to soft power, and has been using their hard power. On the other hand, China desires soft power, as the country does care about how the international community perceives them. However, they have not been good at realizing their soft power. In addition, Professor Kanehara commented that it is important to have hope for Russia and China, stating that the current leaders will not be leading their countries indefinitely. After these leaders step down, it is possible that more Western-minded leaders will take their places.