Toward a Sustainable Future: Climate & Environmental Policy in Japan & the U.S. (Webinar Recap)

Climate change is significantly altering the environment, damaging ecosystems, and fueling extreme weather events across the world. How are the administrations of Japan and the United States prioritizing their response?

Key moments and highlights from the Sep. 23 webinar

Climate change is significantly altering the environment, damaging ecosystems, and fueling extreme weather events across the world, from deadly wildfires in California to devastating downpours and landslides in Japan. How are the administrations of Japan and the United States prioritizing their response? What are corporations doing to reduce greenhouse gas emissions? Below are some highlights from our September 23, 2021 webinar on climate and environmental policy in Japan and the United States.

The U.S. on Climate and Environment 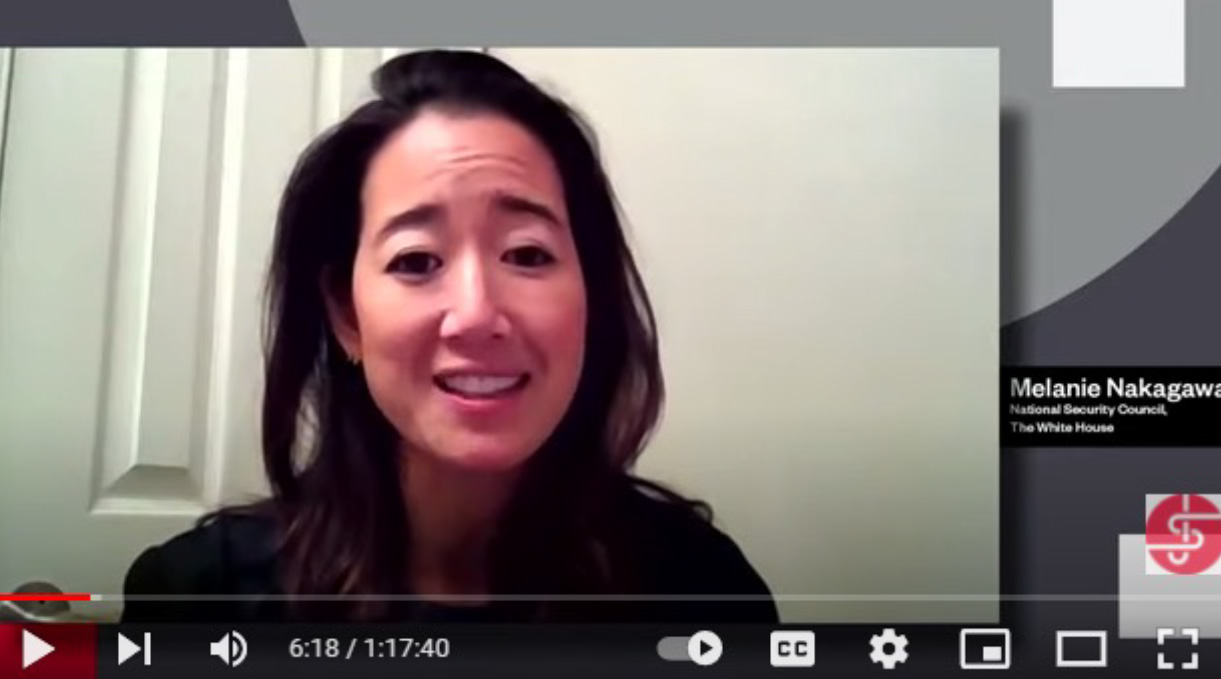 Melanie Nakagawa, Special Assistant to the President & Senior Director for Climate and Energy for the National Security Council at the White House, provided an overview of the Biden administration’s stance on the climate and environmental crisis, particularly how the White House is tackling this issue. Their main concern has been to reset national priorities and exercise global leadership on climate change. In addition to the United States rejoining the Paris Agreement, President Biden hosted the Leaders Summit, aiming to accelerate action by the international community to address the climate crisis. The United States announced plans to reduce net greenhouse gas emissions by 50-52% below 2005 levels by 2030. President Biden has also appointed former Secretary of State John Kerry as Special Presidential Envoy for Climate, with Kerry traveling around the world to speak with world leaders and governments on how to tackle this pressing issue.

Climate change is a priority for both national security and foreign policy in the United States. Nakagawa explained that climate change poses a threat to U.S. national security. Carbon emissions caused by humans are leading to frequent and severe weather events, and everyone is feeling the impact. In addition, on the foreign policy side, the Biden administration has been focusing on building habits of cooperation in the international space by talking about climate change as a top priority. President Biden has been raising climate change issues in meetings with other foreign leaders, with climate as one of the top deliverables in early bilateral engagements with Japan, South Korea, Mexico, and Canada.

The United States does not see climate change as a siloed issue, and the Biden administration’s key leaders have been integrating the climate issue in all of their key streams. It is also on U.S. Treasury Secretary Janet Yellen’s agenda, as she will be discussing what the global finance sector can do on climate action during the 2021 Annual Meetings for the World Bank Group and the International Monetary Fund.

Japan on Climate and Environment 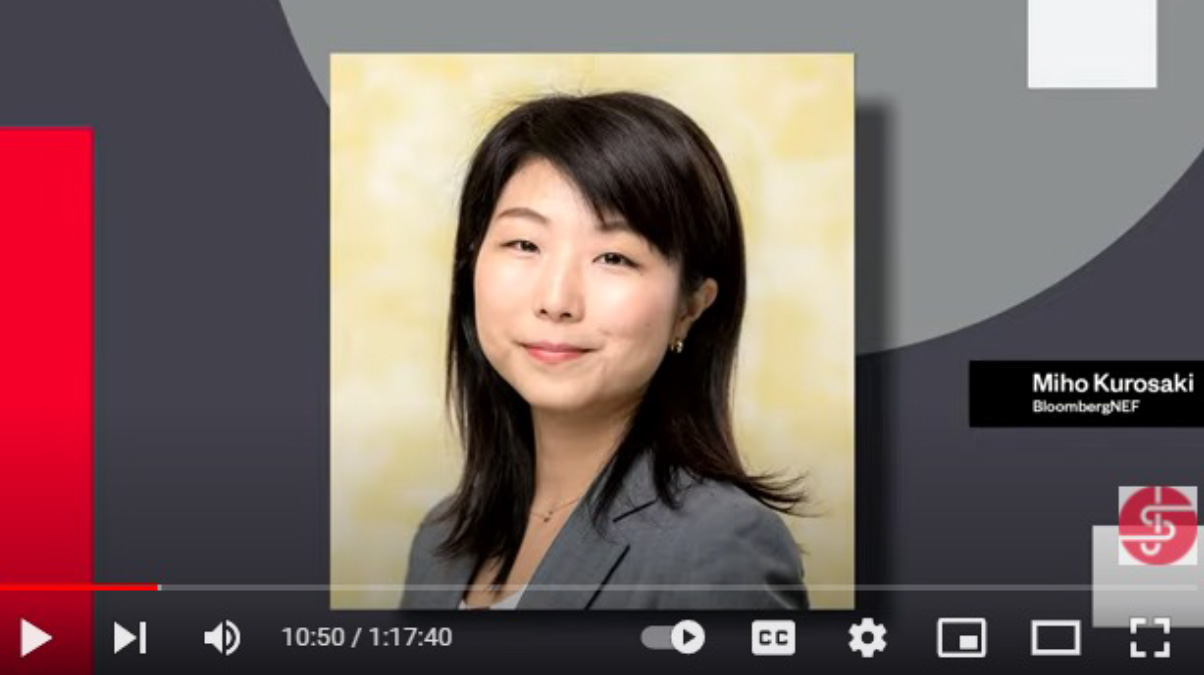 Japan’s Prime Minister Suga [in office at the time of this webinar on September 23, 2021) has been committed to fighting climate change. Japan will strive to cut is emissions by 46% from 2013 levels by 2030, and aim to cut greenhouse gases to zero by 2050. Miho Kurosaki, Head of ESG for the Asia Pacific Region and Chief Representative of the Tokyo Office at BloombergNEF, hopes that the new prime minister will keep up this momentum. 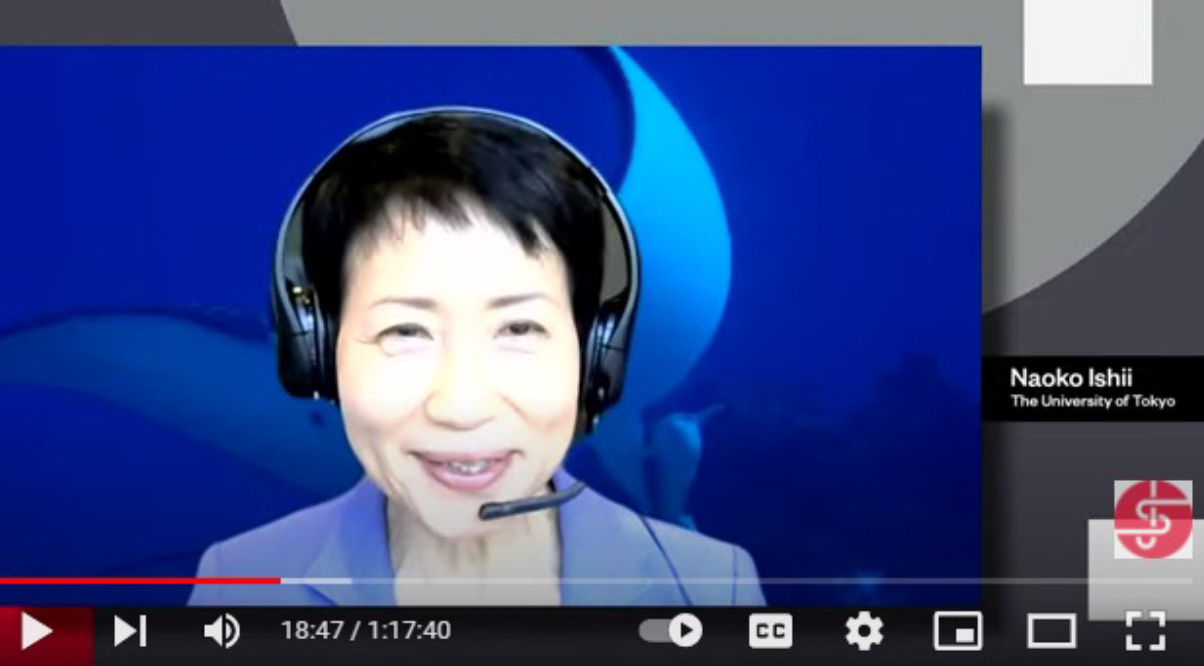 Naoko Ishii, Executive Vice President and Professor at the University of Tokyo, is pleased that Japan declared their commitment to carbon neutrality by 2050. However, she brought to attention the need for discussion about the practical pathways to achieve this ambitious target in Japan, pointing out that it will be a long-term business and societal structural change, and Japan will need a total transformation of its economy and society. 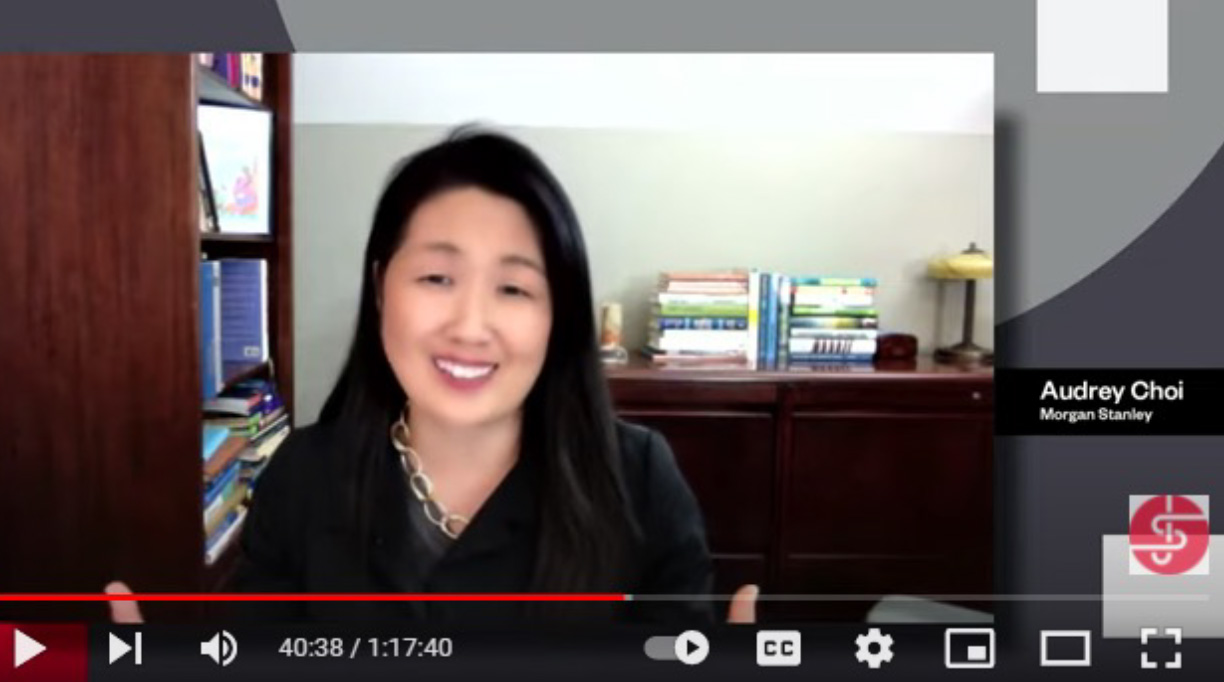 Morgan Stanley’s Chief Sustainability Officer Audrey Choi expressed her optimism towards combating climate change across the corporate landscape, as there is growing momentum for corporations to embed climate-related issues into their business practices. Sustainable investing has surged worldwide, reaching assets of $30 trillion.

Choi raised three points on climate change from the business perspective. First, she observed that fundamental change is underway in how investors and corporate leaders regard climate change, as they come to realize that addressing climate change is fundamental to business continuity and risk management. Second, she stated that many are now understanding that environmental, social and governance issues are all interconnected—“E”, “S”, and “G” are not separate categories, with the three pillars of ESG profoundly interlinked. Third, there is enormous opportunity. Tackling climate change is not only good risk management, but also allows corporations to consider alternative energy sources and work flow processes, resulting in growth in the areas of innovation, productivity, and competitiveness.

In addition, Choi mentioned that many companies are pledging to be net zero. She finds it most meaningful when companies start to think about their entire strategy, from supply chains to manufacturing procedures to distribution models. When corporations implement their full c-suite approach in which the most important senior executives care about climate, this is when the greatest change is able to take place.

She also spoke about the Network of Central Banks and Supervisors for Greening the Financial System (NGFS). NGFS’s composition includes 80 central banks from the world, including the U.S. Federal Reserve. The members realize that climate is a fundamental risk to financial stability and it needs to be part of the global governance structure.

Ishii added her perspective on how Japanese corporations are responding to climate change. She believes Japanese companies understand the importance of addressing climate change, as it’s not only about environmental policy but also international competitiveness. However, in order for Japanese companies to realize their commitment to combat climate change, Ishii stressed that the role of government is very important. She explained that the Japanese government needs to develop a detailed long-term vision and lay out the government’s responsibilities and corporations’ roles in addressing this issue, as well as potential areas for collaboration.

Kurosaki shared her perspective on the non-power sectors, such as the industrial and steel sectors, which are among the most difficult to decarbonize. She commented that these sectors are critical to achieve Japan’s net-zero goal, and that green hydrogen will play an important role in making these sectors carbon neutral.

Kurosaki shared three potential areas in which Japan and the United States can work together to address climate and environmental challenges. The first is in technology, particularly in the field of decarbonization, as well as research and development. The second is that subnational government levels can play a big role in mitigating climate change. In Japan, over 400 local governments have pledged net zero. Kurosaki suggested that Japan and the United States share case studies in this area to work together. The last area is in working with other Asian nations. Most Asian nations are growing economies with rising emissions. Japan can export environmentally friendly technology, and also share their expertise in disaster prevention management. Kurosaki believes that Japan and the United States can provide finance to aid these countries and offer good solutions to combat climate change.

The Time to Act Is Now 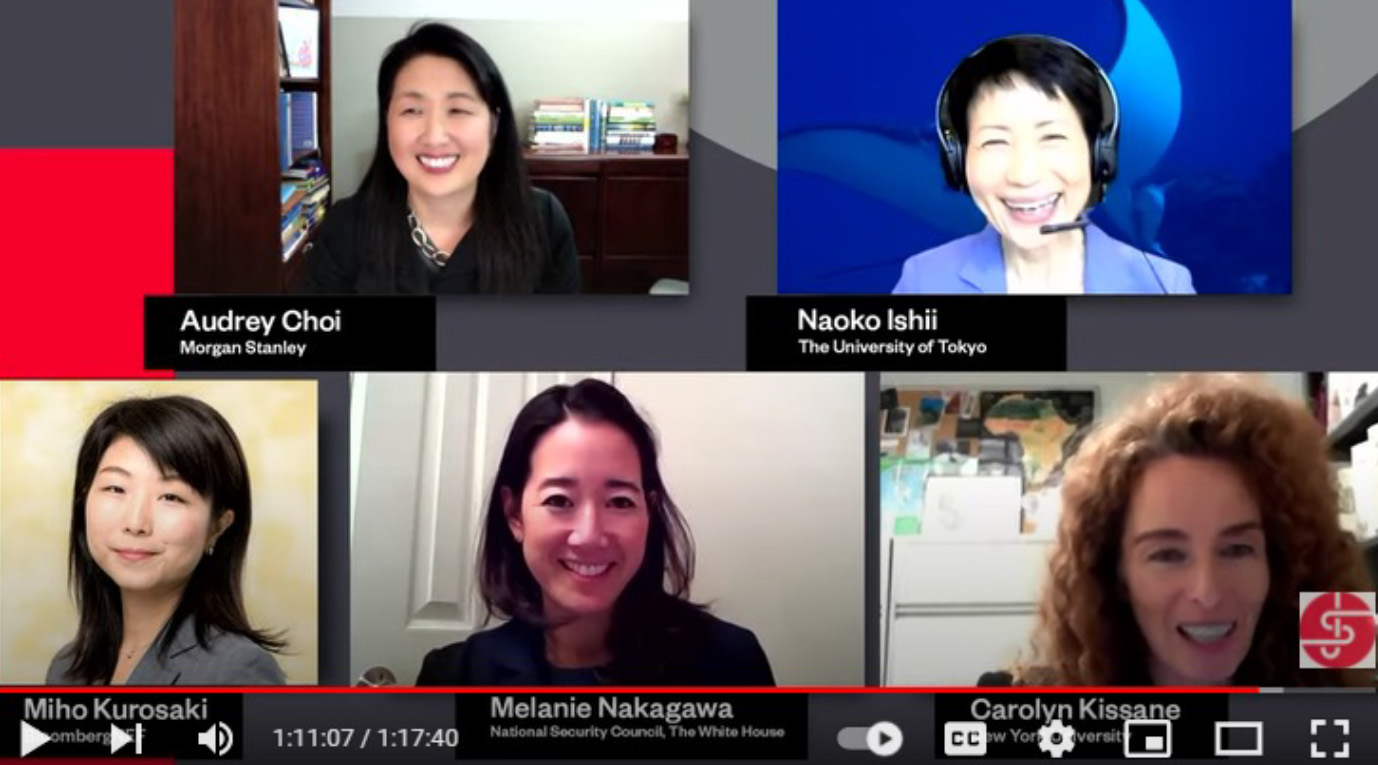 All speakers urged the urgency and importance of addressing climate change. Nakagawa voiced that we must act now to address the climate crisis. Similarly, Choi emphasized that all nations need to be involved to avoid the “code red” situation as stipulated in the recent Intergovernmental Panel on Climate Change (IPCC) report.